Britain’s biggest airport could axe a quarter of its frontline staff after months of talks with trade unions about employee pay and conditions failed to land an agreement.

Sky News has learnt that Heathrow Airport informed union officials on Wednesday afternoon that it was issuing a formal Section 188 notice, triggering a 45-day consultation period that could lead to compulsory job losses.

Sources said that up to 4,700 of the airport’s engineers, airside operations and security staff would be included in the consultation process.

Roughly one-quarter, or around 1,200, of those posts may be axed without a deal involving substantial pay cuts and changes to benefits such as reduced pensions for thousands of workers, they added.

One insider pointed out that Heathrow had pledged to avoid compulsory redundancies if the PCS, Prospect and Unite unions agreed to the revised terms, for which a deadline of the end of last month was set when the company’s latest proposal was made on 5 August.

A deal remains possible during the consultation period, but if one does not materialise, approximately one-fifth of Heathrow’s total workforce of about 5,700 people could be put at risk, the insider said.

Such a figure would be consistent with previous warnings by Heathrow’s boss that a quarter of all aviation jobs could disappear during the COVID-19 pandemic.

Under the terms said to have been proposed to unions, about 2,200 current employees would see their pay increase or remain unchanged if an agreement can be reached.

Workers are also being offered voluntary redundancy packages on terms which the airport insists are “generous”.

The final jobs toll will not be clear until later in the autumn but could ultimately be substantially lower than 1,200, a source said.

The latest development, which has been expected for several months as one of the world’s busiest aviation hubs grapples with the catastrophic impact of COVID-19, will deepen the gloom engulfing the UK’s wider travel industry.

Last week, Heathrow’s smaller London rival, Gatwick, said it would cut 600 jobs as part of a restructuring triggered by a £344m half-year loss.

Heathrow has seen passenger volumes collapse during the last six months, with July’s traffic down 95% year-on-year.

On Tuesday, only 24,000 people transited through the airport, compared to the average daily summer season figure of 250,000.

The company, which is owned by a consortium of infrastructure, sovereign wealth and pension funds, has already cut one-third of its 1500 management roles at head office.

All head office employees have also taken a 15% pay cut, while John Holland-Kaye, Heathrow’s chief executive, waived his salary for three months, and the company has halted dividend payments to shareholders until it returns to profit.

More than 4,000 Heathrow staff have been furloughed under the Coronavirus Job Retention Scheme, which is in the process of tapering off and is due to end completely at the end of October.

Mr Holland-Kaye has warned repeatedly since the coronavirus crisis erupted that he would have little choice but to cut jobs, with two of the airport’s four terminals having been temporarily closed in an effort to slash costs.

One of its runways is also out of service for the time being, implying that Heathrow is unlikely to continue pressing the case for the construction of a controversial third runway for some years.

Many industry executives and analysts believe passenger volumes will not return to pre-COVID-19 levels for as long as five years.

A Heathrow insider insisted that the effort to avoid compulsory job losses demonstrated that the company was entering consultation with unions “in good faith”.

They said the offer of a voluntary severance scheme would enable employees wanting to leave the business with above-market rate payouts.

“We have been in negotiations with unions for months and the offer on the table takes into account their previous feedback,” they said.

“Our forecasts suggest recovery will be very painful and protracted and the reality is that we need to create a more sustainable workforce and deliver cost efficiencies across an airport with significantly lower demand.”

Mr Holland-Kaye, along with other aviation executives, has bemoaned the lack of support from the government, with particularly vocal criticism reserved for ministers’ apparent unwillingness to approve a rapid-testing process at the airport.

The chaos surrounding the government’s approach to ‘air bridges’ – with countries being added to and removed from the list requiring returning passengers to self-isolate for 14 days – has also been a target for travel industry executives’ anger.

In a statement, a Heathrow spokesperson said: “Discussions with our unions have taken place over four months and our final offer is informed by feedback we have received from them.

“But with air travel showing little sign of recovery, these discussions cannot go on indefinitely and we must act now to prevent our situation from worsening.

Mon Sep 28 , 2020
Earlier this month, Microsoft launched the Surface Duo, and in doing so entered a bold new era of smartphone development. The Duo is a dual-screen device running Android and there’s not really anything else quite like it on the market. Reviews for the smartphone have reflected the trail-blazing nature of […] 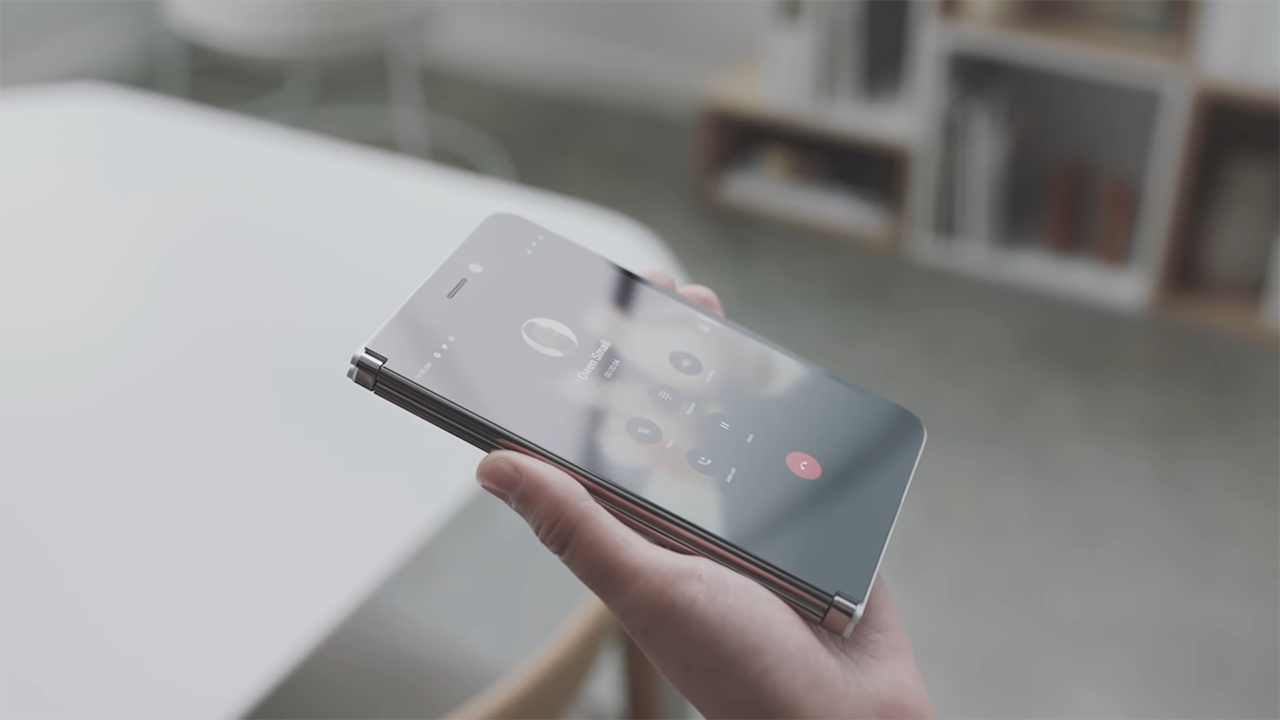