With air travel shutting down this March, and only just barely starting to bounce back this summer, the airline industry has been hit hard by the COVID-19 pandemic. According to the industry group Airlines for America, air travel is down 70 percent from pre-COVID times. This spring, airlines struck a deal with Congress that, in exchange for billions of dollars in payroll assistance, they wouldn’t lay off employees. At that time, American received $5.8 billion in federal assistance, while Delta received $5.4 billion, United received $5 billion, and Southwest got $3.3 billion.

But, unfortunately for tens of thousands of airline employees, the CARES Act Payroll Support Program expired at the end of last month. While payroll support for airlines has broad bipartisan support, the PSP is tied to the larger, more contentious COVID-19 relief bill, which the Senate and House can’t seem to agree on. United Airlines and American Airlines say they can no longer afford their payroll and have furloughed thousands of workers. American furloughed 19,000 employees, while United furloughed around 13,000, half of whom had in-flight service positions.

Now airline executives are putting the pressure on Congress to renew the CARES Act, and are encouraging employees to contact their representatives as well. Doug Parker, CEO at American Airlines, says he’s been in conversation with Secretary of Treasury Steven Mnuchin, who, along with Speaker Nancy Pelosi, are working to negotiate a COVID-19 relief package that would include more payroll assistance. Parker says that if Congress can pass a bill within the next few days, he may be able to bring his employees back to work.

Flight attendants are also urging Congress to pass the relief package. The Association of Flight Attendants has started a campaign to tell Congress to #ExtendPSP for #ReliefNow. Sara Nelson, president, says that members “don’t know how they will pay rent, feed their families, or cover the cost of their prescriptions or medical care.” Flight attendants have also been found protesting outside the offices of their representatives.

Some major airlines seem to have made the cost-cutting adjustments necessary to avoid laying off employees. Neither Southwest nor Delta are currently furloughing employees. Southwest claims they have no plans to do so, while Delta CEO Ed Bastian is currently negotiating with the pilots union in hopes of avoiding furloughing 1,700 pilots next month.

Large layoffs in this vital economic sector may have what Nick Calio, CEO of Airlines for America, called an “avalanche effect,” rippling out to other support industries and having a major impact on the family members of those who have lost their jobs.

Wed Oct 7 , 2020
MALVERN, Pa., Oct. 6, 2020 /PRNewswire/ — Momentum Dynamics Corporation (“Momentum Dynamics” or the “Company”), a global leader in Electric Vehicle wireless charging technology, has announced a series of leadership appointments and promotions as it readies itself for significant growth and expansion of activities. The Company, which recently announced a […] 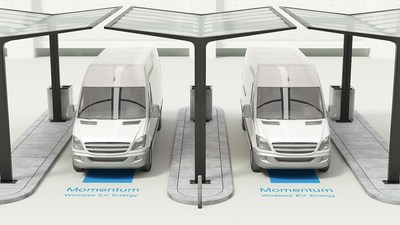