Elsewhere at Atlantic, the label has announced that David Grant will move from New York to Los Angeles to take on the role of senior vp, marketing and head of marketing for film & TV soundtracks. In his dual role, Grant will continue running key projects from Why Don’t We, Ben Platt, Reiley and more. He will jointly report to Sinclair and Atlantic’s West Coast president Kevin Weaver.

RoadCo will develop and produce live events and interactive attractions based on popular brands and pre-existing intellectual properties while collaborating with Sony Masterworks and the broader Sony network to develop live shows and experiences based on the company’s properties.

RoadCo is just the latest development in a long-running relationship between Lindsay and Sirota and Sony Masterworks, which includes their collaborative work as part of the co-producing team behind SpongeBob SquarePants: The Broadway Musical.

Founded in 1997, The Road Company has distributed a slew of musicals and plays in North America. Its current roster includes North American tours for Wicked, Moulin Rouge!, Ain’t Too Proud, Beetlejuice, Jagged Little Pill, Oklahoma!, The Band’s Visit and The Prom.

RoadCo will announce a slate of initial offerings in the coming weeks.

Among other duties, Lee will be tasked with providing opportunities for international collaborations between electronic dance artists and creating branded live events in the region.

Lee has over three decades of experience in the industry. Prior to joining Liquid State, he served as vp of international streaming and marketing at Artist Partner Group (APG), where he managed relationships with Spotify, Apple Music, Amazon Music, Deezer, QQ Music, JOOX, KKBOX and others in Asia while also helping boost global music streams for artists including Ava Max, Bazzi and Charlie Puth.

Between 2013 and 2019, Lee worked at At Night Management and co-founded PRMD Music, the label home of Avicii. At the latter company, he led the marketing campaigns for Avicii’s debut album True and follow-up Stories under a partnership with Universal Music. Also at PRMD, where he served as global COO, he managed and executed campaigns for releases by Wyclef Jean, Cazzette, Syn Cole and more.

Prior to that, Lee served as general manager at Tommy Boy for over a decade, where he worked on French DJ and producer Bob Sinclair’s global hits “Love Generation” and “World Hold On,” among other releases. He launched his career in Hong Kong as director of international A&R and marketing at BMG, where he fostered opportunities for artists including Whitney Houston, Kylie Minogue and Depeche Mode in South East Asia.

In the role, Shevach will spearhead UMG’s efforts to sign and develop new talent for UMI, which was established last year. She will be based in Tel Aviv and report to UMI managing director Yoram Mokady.

Shevach comes from Deezer, where she was content and artist marketing manager. She currently works as a podcast and radio host at Radio Tel Aviv and has a long background as a broadcast and music journalist for outlets including Keshet Media Group’s Mako, Galgaltz and MTV Israel, where she helped launch the local channel and became its first music editor. She has also served as a musical advisor to TV shows including The Interns, Married at First Sight, X-Factor Israel and Loving Anna.

Antón Suárez has been appointed country manager of Ingrooves Iberia, marking the company’s push into Spain. He will be based out of Ingrooves’ new office in Madrid.

Suárez previously served in distribution roles at companies including Altafonte and Ditto Music.

As part of the announcement, Ingrooves also announced it had signed Spanish alternative record label Mushroom Pillow to a global distribution deal. The first release under the agreement will be singer/actress Najwa’s new track “Mira Como Van” on Oct. 9.

The opening of Ingrooves Iberia is just the latest expansion for the company, which moved into Norway, Turkey, Brazil and Japan earlier this year.

U.K. management company Karma Artists is expanding into the U.S. under the leadership of Los Angeles-based executive Anna Schlafer.

Schlafer joins Karma from a 12-year stint at Kobalt Music Publishing, where she most recently served as director of creative and signed and developed songs from producer Rogèt Chahayed (and his company Tru Sauce Publishing), Nina Nesbitt, Hanson and others. During her time there, she helped set up collaborations and secure placements across multiple genres, including James Arthur’s “Say You Won’t Let Go” and releases from Jason Derulo, Kelly Clarkson and David Guetta, among others.

In her expanded role, Nimene will manage talent opportunities across radio, podcasts, community and philanthropic endeavors, as well as networks including BET, MTV, Revolt and Fuse. She will additionally act as a liaison for Def Jam artists including Teyana Taylor, YG, Big Sean, Jeezy and 2 Chainz.

Nimene has been a key player in Def Jam’s urban promotion department for the past eight years. She is a Billboard Women in Music and 40 Under 40 honoree and was recently named to the advisory board of the National Museum of African American Music. She is also a member of Universal Music Group’s Task Force for Meaningful Change.

Vaquerano, who was named a Top Music Lawyer by Billboard this year, boasts nearly two decades of experience in tech and entertainment. Among other achievements, she negotiated the sale of Tom DeLonge’s catalog to Hipgnosis. She is a member of Women in Film, Women in Music and the National Academy of Recording Arts and Sciences and serves as an advocate on diversity and inclusion issues, including a stint as managing director of Girls in Tech Los Angeles, a nonprofit dedicated to eliminating the gender gap in tech.

Prior to joining Fox Rothschild, Vaquerano was a senior attorney at Wolf, Rifkin, Shapiro, Schulman & Rabkin.

Artist manager Anna Kolander has been named senior director of A&R/creative in Nashville, where she started as an assistant at the company in 2013. She oversees daily team operations for The Lumineers and Frankie Ballard and has assisted with creative for clients including Michael Franti & Spearhead and Empire of the Sun.

Kolander’s Nashville colleague Kate Willingham has been promoted to associate manager after serving as assistant to Activist founder Matt Maher since 2018.

Nathan Chwat has been upped to artist manager in Los Angeles, where he was previously associate manager. He joined the company as an intern before becoming an employee in Feb. 2018, when he joined as the assistant to Activist’s head of marketing. In his new role, he will continue working with Empire Of The Sun and H3000.

Lastly, Vineetha Ramesh has been promoted to associate manager in Los Angeles, where she will join Activist’s digital department run by Lindsay Brandt. She was previously an assistant.

Mon Oct 12 , 2020
One of Britain’s big four accountancy firms has been forced to abandon plans to slash the sums it pays into thousands of employees’ pension pots following the threat of legal action. Sky News has learnt that KPMG notified its 17,000 UK staff this week that it was “pausing” plans to […] 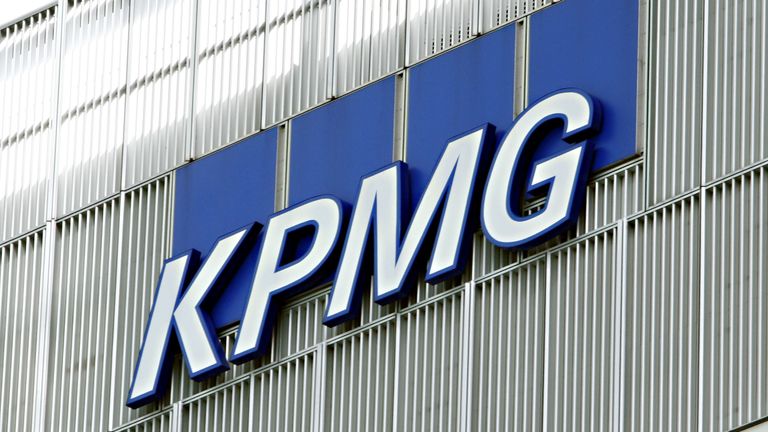