Sport, in Australia, is full of racism. Just ask Eddie Betts, Adam Goodes and Nicky Winmar to name but a few examples. Institutional racism exists because the companies, organisation and institutes allow this to occur – because it only really impacts a few people, right?

Aboriginal and/or Torres Strait Islander people make up 3.3 per cent of the total population in Australia. And an even smaller percentage in Netball Australia’s statistic with only 1 Aboriginal and/or Torres Strait Islander player, Jemma Mi Mi, playing in the Suncorp Super Netball competition, 2020. The decision not to play Mi Mi in the Indigenous Round of 2020, was not just a “missed opportunity”. It was more than this.

Indigenous Round in any sport is a time where we can connect with Aboriginal culture and sport. It is about bringing awareness and centring Aboriginal people, community and culture. Indigenous Rounds in any sport, if motivated by the correct intent and not used as merely a marketing strategy, will elevate and celebrate the skills and achievements of Aboriginal and Torres Strait Islander athletes and their ways of knowing, doing and being.

It is simply not up to Indigenous players to be ‘on show’ during this time, treated like curiosities and spectacles as we have been throughout history, present only for the entertainment or intrigue of bemused settlers, or as Black symbols of upward mobility to ease the existential shame and guilt of those who continue to significantly benefit from 250 years of colonisation and every advantage that continues to bring.

It is the responsibility of teammates, players, coaches, supporters and sporting organisations to ensure that they are genuinely active in the respect and dignity shown to Aboriginal players.

This includes the way in which they are treated across every element of athlete engagement; from recruitment, training, selection, game play, inner sanctum activities and organisational orientation, to public relations, marketing, and media representation. It is imperative that corporate social responsibility motivated by genuine intent towards human rights be embedded in every organisation’s governance strategy and outputs. If not, the status quo of continuous corporate coloniality remains.

Nine Netball commentator Sue Gaudion said, “If it was me, I’d walk off the court and let Mi Mi come on . . . Not to be”.

It really questions how Indigenous representation is extended to the players and why white or non-Indigenous players do not remove themselves, even when they are cramping. These players would rather risk further injury than see an Indigenous person play in a round dedicated to promoting awareness of Aboriginal culture.

This speaks volumes in relation to the power dynamics between players and coaching staff. In Australia, is a player who is not medically fit to be playing at full capacity still a better option than a fully fit Indigenous player?

The inherent meaning and meaningfulness to Indigenous people of this particular Indigenous Round was lost, with the Firebirds Coach, Roselee Jencke failing to play Jemma Mi Mi during the Indigenous Round. What makes this worse, is the response from Jencke in her media statement in relation to not playing Mi Mi, a statement so problematic it is important to unpack some of the concepts that the coach made within it.

The first is the continual and widely accepted exploitative practices of ‘diversity and inclusion’ labour Aboriginal and/or Torres Strait Islander people are expected to endure in order to participate fully as valued athletes. In her statement Jencke states that Mi Mi “as the only Indigenous player in the Suncorp Super Netball, Jemma feels a huge responsibility.” This seems like a statement without much depth in relation to what is expected of Mi Mi.

These are imposed obligations by sporting organisations wanting to gain everything from Aboriginal culture, whilst unprepared to carry the burden to do the real work required and to do it safely, respectfully, and collaboratively. Instead, they outsource their own significant cultural labour – which is equity practices, education awareness and changing behaviours – to the people they aim or claim to be celebrating.

The blatant tokenism and ‘tick-a-box’ exercise that sporting organisations undertake are not isolated, and other institutions are not immune from such practices either. Much has been written about the ‘diversity and inclusion’ practices in organisations that fail to adequately respond to the presence and visibility, particularly in ways that are equitable and fair, towards First Nations people in this country.

In this instance, there simply is no excuse. Mi Mi has been with the Firebirds since 2017. Mi Mi has been selected on that team to represent the Firebirds because she is an incredible athlete. In a time when Netball Australia has called out for more Indigenous representation, where we have an actual Indigenous Round in the top flight league, it is a failure by the team, coach and other players to elevate Indigenous players. Not only for the game, but for the community, sport and society.

– Robyn Oxley is a Tharawal and Yorta Yorta woman. Robyn is an Aboriginal scholar and Lecturer in Criminology at Western Sydney University in the School of Social Sciences.

Costa Coffee warns up to 1,650 jobs are at risk

Thu Oct 1 , 2020
Image copyright Getty Images Coffee chain Costa Coffee has said that up to 1,650 roles are at risk of being cut, as it is forced to reduce costs because of the impact of coronavirus. It says there are still “high levels of uncertainty” as to when trade will regain pre-pandemic […] 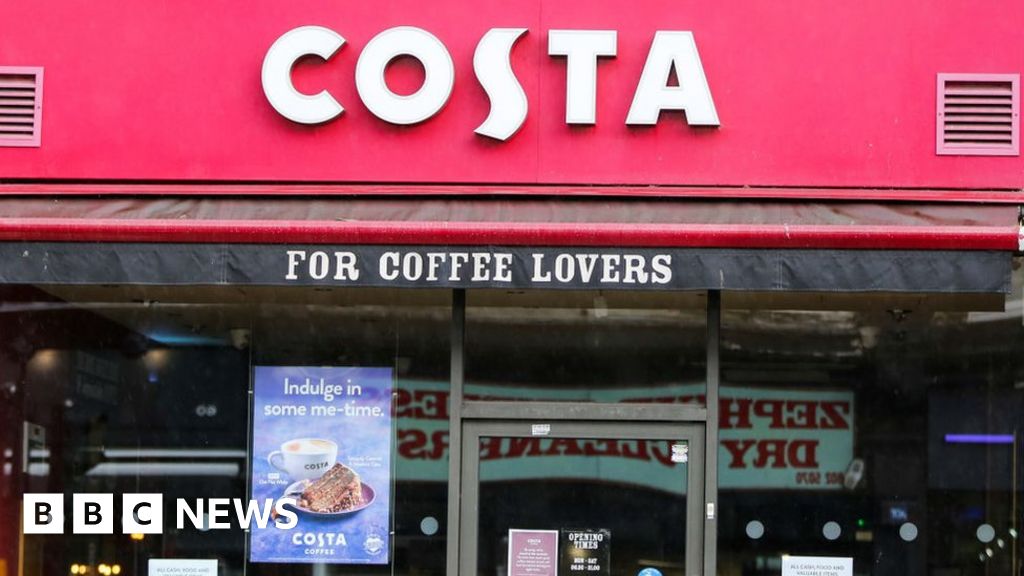