Vicki Dickerson and A to Z Equipment Rentals & Sales entered the world within a month of each other in Phoenix, Arizona. Now, with her leading one of the largest rental companies by volume in North America, it would seem as though the two were destined to be together.

But she may have never even gotten involved in the business if it hadn’t been for another family’s move to the area when their son was in seventh grade. That’s when Doug Dickerson entered Vicki’s life. They met in middle school, stayed friends throughout high school, began dating after graduation, and got married shortly thereafter.

And in 1984, when Doug finished his degree in materials management at nearby Arizona State University, he became the first member of the family to work for A to Z.

Vicki soon followed, leaving her job at an insurance agency to join him. But Vicki’s first experience working at A to Z was a short one; when the couple’s first child was born, she cut her hours back to part-time. When a second one arrived, she left A to Z and started running her own daycare.

She wasn’t the only one running a business out of the house though. Doug founded his own landscaping business, using knowledge of the industry he’d gained from interacting with the landscapers who had been renting products from A to Z.

“I kinda like that type of work, and there’s a pretty low barrier for entry in terms of investment required to get into it,” says Doug. “I just decided it was time to try something on my own.”

Five years into their double-entrepreneurial careers, their third child, Grant, was turning three and Vicki had just taken a job doing billing for local surgeons. Fred Matricardi, her father and the founder of A to Z, was beginning to plan for his eventual succession (though he continues to remain part of the company 25 years later). 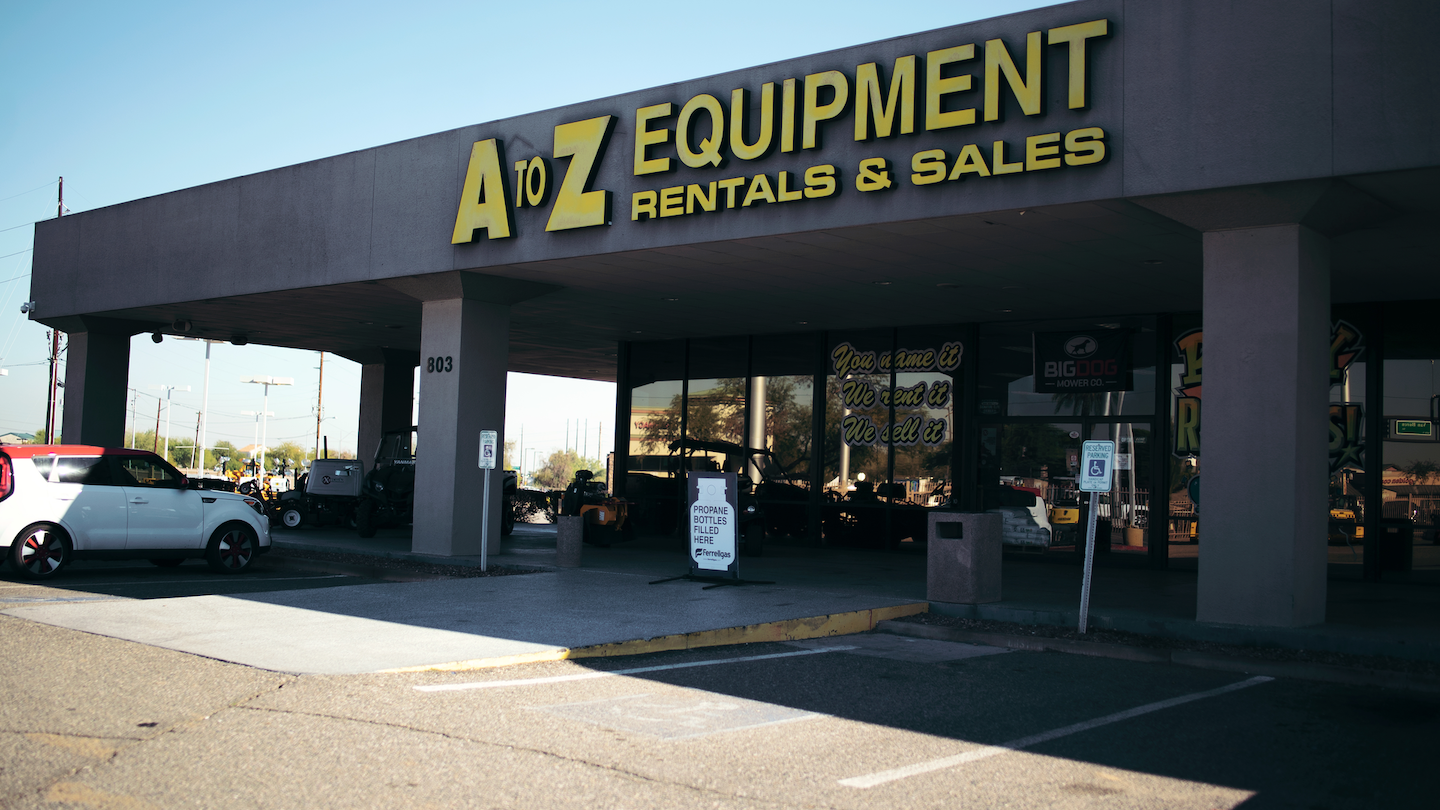 “I was working there [at the surgeons’ office], and he was asking if I wanted to come back,” says Vicki. “The first time, it was just a part-time job, and I don’t think I’d ever thought that ‘I’m going to be here someday working forever.’”

It was a bit of a gamble, but her father won her over and she returned to A to Z in 1995. Doug was also invited to return to A to Z, but he had his eye on another opportunity — this time in the software business. In 2003, he returned back to A to Z, and the pair have been working together ever since.

Prior to their first departure from the company, A to Z had started becoming a dealership for various products.

“In ‘88, we became Honda dealers, Stihl dealers, we took on the John Deere dealership line, too,” says Doug. “We were bringing those lines in primarily because it lowered the costs of acquisition of products into the rental fleet.”

Not only did it lower the prices for their rental equipment, it gave them opportunities on the retail side to make more money.

Becoming a dealership provided a lot of additional revenue streams, but it also took a little bit of the company’s focus off of rental. With dealers continuing over the past 30 years to make more specialized, computerized, complex equipment, rental became more appealing. The knowledge required for technicians to handle all the proprietary technology in so many product lines became too much to handle.

In 2016, A to Z decided to pare back the number of brands they were dealers for, focusing on key brands and getting back to their rental roots. So, while they were looking for a software that could handle their needs, they had to balance their rental needs with their dealership’s needs.

At that point, they decided there wasn’t a rental software that could handle the dealership side of things to their liking, so they signed a multi-year contract with a dealership software provider.

The dealership software was great for the sales side of their business, but it was a nightmare for the rental side, which was responsible for nearly half of the company’s income. Because it was built for account customers, it seemed like “it didn’t want us to take money,” several A to Z employees said. Customers literally walked out the door because it was taking so long to get contracts done.

With nearly two years still on their contract, A to Z was back in the market for a software that worked for every part of their business. They didn’t want to swap back and forth between programs – they needed a rental software that could handle the dealership side of the house as well.

Building for the Next 50 Years

In 2018, they found the right software for them. Point of Rental had built out their Elite product, which added features specifically designed for dealers.

Better still, the Dickersons found that Point of Rental and their software team was willing to listen and improve the software to ensure it would continue to meet their needs, adding functionality that enhanced their experience.

Their third son, Grant, joined the company full-time after finishing college and has played a key role in implementing both systems into the company. He was impressed with the thoroughness of the process and Point of Rental’s focus on ensuring that A to Z’s needs were met throughout.

“The transition was pretty impressive,” he says. “We had extensive training remotely beforehand, and the trainers came on-site and worked with us when we went live. Our implementation team stuck with us through the initial weeks, and even now, we’re able to work with them on issues and they’ll get us where we need to go.”

After using Point of Rental for only a few months, employees started to reap the rewards of a more intuitive software.

“It’s made it a lot easier to do all aspects of my job,” said Blake Mcerlain, part of A to Z’s Avondale team. “Whether it’s making a new rental, ordering parts for a customer, looking up new or old reservations…it just makes it a lot quicker and easier.”

Mcerlain’s sentiments were echoed throughout the company, with counter staff in all four locations citing the ease of use and ability to get through contracts quickly as a huge benefit. It’s also improved employees’ self-esteem – the delays with the old system took their toll not only on customers, but how A to Z’s team felt they were perceived.

“Customers view me as more efficient now,” said Event Rental Coordinator Kelly Hardy. Because the old system didn’t allow for easy access to view inventory at all their locations, customers would be at the counter for several minutes while staff searched for items in the system. “I think they thought before that either we as a company were antiquated or that we weren’t competent.”

Elite isn’t perfect on the dealership side of things, but the Dickersons say it takes care of what it needs to and they believe Point of Rental will continue to improve the software to support their processes. And the effect on the rental side of their business has been immense.

“The employees are a lot happier. You can see at the counter that things are a lot more efficient, quicker for the customers, doing things like transfers, renting at one store and returning at the other. They’re all much easier to do in this system,” Doug says.

With three Dickersons involved in the company, a rental software they can rely on, and Matricardi still around the office, A to Z Equipment Rentals & Sales feels like home, 60 years later.

Thu Oct 1 , 2020
CHICAGO (WLS) — Public transportation is facing lower ridership because of COVID-19, but the Chicago Transit Authority is actually adding jobs as the city continues to reopen. If you’re looking for a job and ready to work, the CTA is looking to fill positions for bus drivers and mechanics. The […] 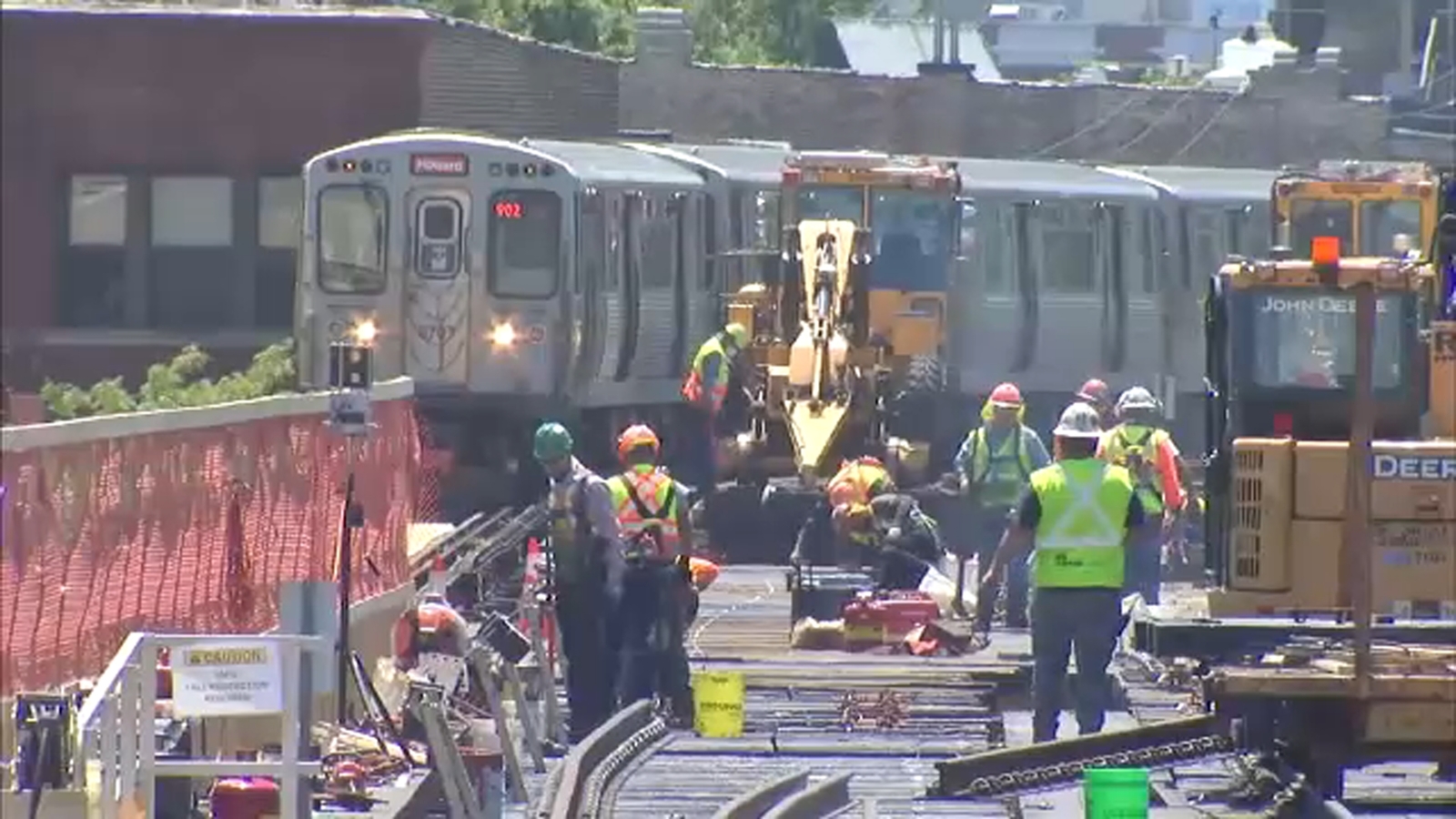